What insurers do – and don’t – owe restaurants during COVID-19

COVID 19 aid programs will have to end, others to be modified, Trudeau says 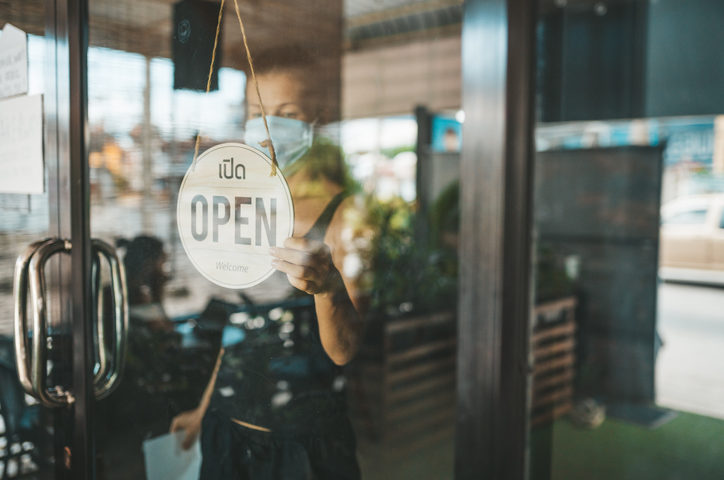 The excerpted article was written by Corey Mintz

In the past two months, the issue of insurance has come up repeatedly for restaurateurs, who pay for a specific type called business interruption. It can cover closure due to such events as municipal construction, burst water pipes, and riots. I spoke with two restaurateurs who have successfully claimed coverage after broken pipes forced their closure, in one case for five days and in the other for four months (although she is still waiting on a cheque). Neither has attempted to file a claim based on the pandemic. Most believe, or have been told, that the widespread shutdown of restaurants is not covered under interruption insurance.

Then I spoke with Hemant Bhagwani. The founder of the Amaya restaurant chain, plus a few other dining concepts, he has 29 restaurants in Ontario and more than 600 employees.

Bhagwani is availing himself of the Canada Emergency Wage Subsidy, which covers 75 per cent of payroll and requires employers to take care of the rest. Most of his restaurants are shuttered. A couple are doing takeout. And while he says some of his landlords are being reasonable (and currently exploring the possibility of the Canada Emergency Commercial Rent Assistance for small businesses), the total rent for these properties is about $700,000 a month.

“In 22 years of business, I have not taken a single penny from the insurance companies,” Bhagwani told me on April 24, just as the federal government was announcing the CECRA. “They keep increasing their premiums every year. So this is the time for them to support us a little bit. And they’re just washing their hands.”

“Government is doing so much,” said Bhagwani, as we both paused to listen to the prime minister’s live address. “Landlords are trying their best to help us. The only people who are not coming out are the insurance companies. I feel it’s very wrong. I’m ready to take them to court.”

On May 5, Bhagwani followed through, filing a claim for damages against his insurer, Allianz Global Risk, for $500,000 in combined revenues, $200,000 in punitive damages, and 90-days’ worth of payroll expenses.

“It’s very rare that people claim insurance. Typically, you pay the premiums, and you don’t make a claim,” says Swartz, who has worked extensively in the financial and insurance sectors. “The reason you buy insurance is to get the coverage for these types of situations. Your typical person who is a restaurateur should think that an interruption includes a pandemic.”

A spokesperson for Allianz told TVO.org via email that the company is “unable to comment on individual claims settlements or pending legal matters” and that, as a result of the pandemic, it “has been notified of a large volume of claims from businesses around the world which we evaluate on a case by case basis to determine coverage.” They added, “We will certainly honor COVID-19-related claims where they are part of our policies and cover is clear. However, many businesses will not have purchased cover that will enable them to claim on their insurance for COVID-19 pandemic losses.”

Swartz can’t speak to the specific merits of Bhagwani’s case without examining his policy. But, in general, he sees the court leaning in favour of the restaurateur.

“If the company wanted to exclude a pandemic, they have to say so in the insurance contract. And if they didn’t, the presumption I think, by the courts, would be that the restaurant should be covered,” he says. “Because courts tend to interpret exclusions narrowly, they give somewhat of a benefit of the doubt to the purchaser of the insurance policy. And they tend to interpret coverage broadly.”

Another factor on Bhagwani’s side, Swartz says, is a legal principle that tends to apply in the case of insurance contracts. Known as contra proferentem, it means that, when the intention is ambiguous, the preferred meaning is the one that works in favour of the party that didn’t draft the contract.

Whatever happens with Bhagwani, Swartz sees this lawsuit as a good example for others in the industry to follow. “Every restaurant should presume that they have coverage,” he says. “This is a situation where they need help. And that’s what insurance is for. It’s for unforeseen disasters.”

Swartz urges owners to contact their lawyer or insurance broker, to look at their contracts to see whether the policy specifically excludes a pandemic, and to ask for claim forms.

“Restaurant owners should be in touch with their insurers and brokers. They should be asserting their rights,” he says. “They should assume that they have coverage, and they should proceed as if they do. It should be on the insurers to explain to them that they don’t if they don’t and to be very specific in why they don’t. Insurance companies shouldn’t be trying to wiggle out of their responsibilities.”

If a court rules in favour of Bhagwani, other suits will likely follow. What would that mean for the insurance industry? The business is predicated on the odds that disasters don’t usually happen every day and to everyone at once. If every restaurant in Canada claims interruption insurance, and the courts support them, could this bankrupt insurers?

However, that doesn’t mean that they’re bulletproof.

“This is a cataclysmic even,” Swartz says. “It wouldn’t be impossible for a number of insurance companies to go bankrupt.”