What goes up, must come down — unless it’s car insurance rates, apparently

Thinking Ahead of Big Trucks 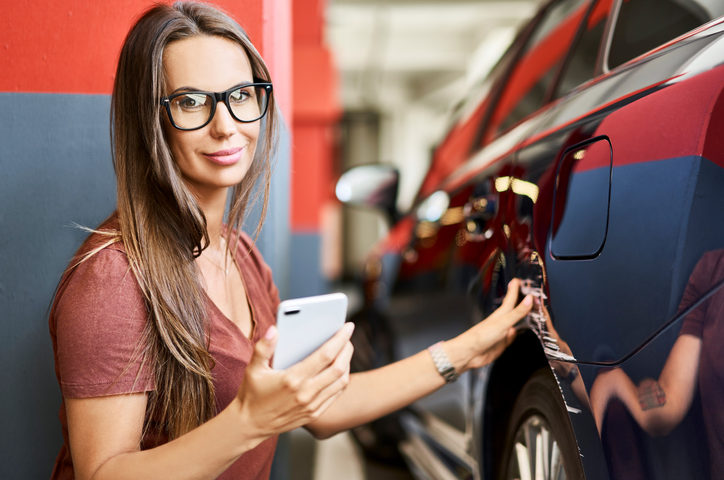 What goes up, must come down… right? What about car insurance rates…“Lies, damned lies, and statistics” is a quote attributed to various famous folk, but the upshot is the same: we can make numbers twist and turn in conversational breezes until they say whatever we want, whatever makes us look better.

Right now, in most of Canada, car insurance rates continue to rise like a giant pan of Jiffy Pop stuck in the fire.

Political parties roll into power promising to clean up the mess made by the other guys, only to find the mess has been so long in the making, at some point their own party has been part of the problem.

They stumble away from an epic issue with un-sexy solutions and hope consumers will forget. According to the Insurance Bureau of Canada, fraud is costing Canadians billions every year. It’s “an illegal, organized big business, largely unknown to consumers, that siphons resources away from our health care system, ties up our emergency services and courts, and drives up insurance costs,” the org writes.

It takes about two seconds to remember that Brampton has the highest auto insurance rates in Ontario. Yet it’s on the top ten list of best cities? Wha??

Astudy out from LowestRates.ca doesn’t even try to pretty up the punch: “The report found rates are up across Ontario, Alberta and Atlantic Canada in the second quarter of 2019, with drivers in Alberta seeing the steepest increase in the country — rates there rose 16.20 per cent in the past year. In Atlantic Canada, rates have seen the least-severe increase; up 13.29 per cent, while in Ontario the average cost of auto insurance is up 13.85 per cent.” Ouch.

British Columbia is currently sporting the highest average rate ($1,680/year) despite being a government-run program.

Quebec has a hybrid structure of public and private companies, but pays the cheapest rates, on average ($642/year). In Ontario, there is a competitive market, but rates have historically been the most expensive in the country — $1,445/year.

Many of those provinces with a government-run program (B.C., Saskatchewan and Manitoba) offer a basic product that meets minimum requirements. Like those cheap airline tickets you get online, they work until they don’t and you find out the hard way. Basic coverage doesn’t go very far if injuries are substantial, lawsuits get initiated or property damage is high. Not only is fraud still out of control, as we get increasingly litigious too much money is ending up in lawyers’ pockets that should be going directly to injured drivers.

While every province has government setting basic standards and needing sign-off on rate increases, many insurance companies are paying out more than they take in. The result is you will find it increasingly difficult to even get a company to quote for your business unless you are squeaky clean.

The business is cyclical, and some insurers will just lay low hoping to ride out the current storm. The scariest thing you might read today? Go check out the latest approved rate increases in Ontario, and see if your company is one that got approved for a 20 per cent increase.

When it all seems like bad news, some studies try to measure something more upbeat: InsuranceHotline.com is another online insurance quote-checker, but instead of delivering the bad news on current rates skyrocketing, they instead, in their most recent study, compared cities in Ontario: insurance companies take into account where you live to set your rates, so making the top ten list of best and worst cities to drive in should be a factor, right?

It takes about two seconds to remember that Brampton has the highest auto rates in Ontario. Yet it’s on the top ten list of best cities? Wha?? This study is measuring self-reported tickets, not claims paid out — the largest factor in determining rates. These ten “best” and “worst” have little to do with insurance rates. Don’t be fooled.

“Drivers in Orangeville may have more tickets because they’re driving country roads with little traffic and would tend to get caught speeding,” says Debbie Arnold, head of business development for Sound Insurance. “They would also have a tendency in so doing of having single-vehicle accidents; however, they’re minor and won’t have a proclivity for a high ratio of Accident Benefit payouts.”

Anne Marie Thomas, with InsuranceHotline, echoes that line of thinking. “The amount of public transit, the way people commute, the mileage they’re doing, even things like living in a higher snowbelt area” can all show the factors that can impact the number of infractions a driver might have.

Brampton may be on that “Best” list, but as another online insurance entity, Kanetix.ca, points out about Brampton “…some neighbourhoods and cities cost more to obtain insurance in, especially in more densely populated areas, due to the number of claims that happen there — whether its local collisions or elaborate examples of fraud.” Read past the headlines.

InsuranceHotline is massaging those bendy statistics to make you feel good about being on a Top Ten List. Many of us thought all those fancy life-saving, crash-averting safety systems we pay so much for should start to drive our premiums down; instead, those systems themselves are so expensive to fix, prices kept going up. A side mirror is no longer just a side mirror, it’s a tech-laden lane avoidance system that costs thousands to replace.

For years I’ve heard the same thing: raise your deductible, get rid of collision coverage, bundle your policies. I’ve done all that, and still, my premiums rise. It’s understandable that living in more densely populated areas will mean higher rates due to higher and more frequent payouts for claims.

Government is already up to its neck in our insurance industry; if fraud is gobbling up nearly $250 of my annual premium, then we need political will to rein in rampant fraud.

Looking for auto insurance in Ontario? Get an instant quote from the high risk auto pros. Car insurance is right around the corner.