5 Tips for Managing Conflict in the Workplace 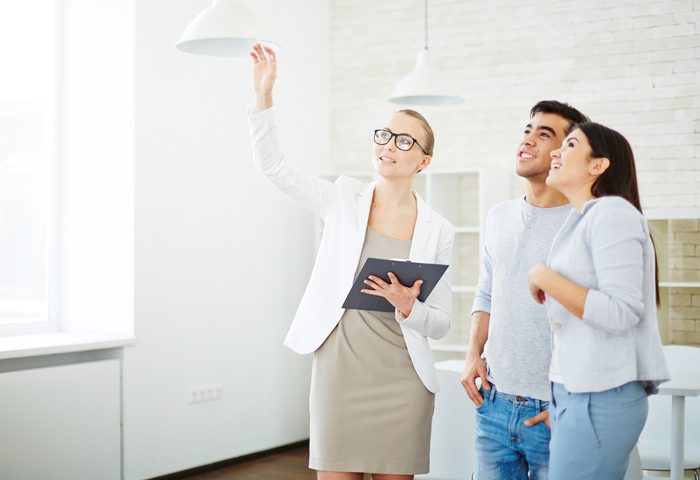 Female realtor showing one of rooms to young couple

Mortgage debt increased by 11 per cent1 to $201,000 last year and more than half (52 per cent) of Canadian mortgage holders lack the financial flexibility to quickly adjust to unexpected costs, per a new Manulife Bank of Canada survey. This despite 78 per cent of Canadians having made debt freedom a top priority.

The problem is most acute among Millennials, who saw their mortgage debt rise more than any other generation. Millennials are also most likely to have difficulty making a mortgage payment in the event of an emergency or if the primary earner in the household were to become unemployed.

“The truth about debt in Canada is that many homeowners are not prepared to adjust to rising interest rates, unforeseen expenses or interruption in their income,” says Rick Lunny, President and Chief Executive Office, Manulife Bank of Canada. “However, building flexibility into how they structure their debt can help ease the burden.”

Overall, nearly one quarter (24 per cent) of Canadian homeowners reported they have been caught short in paying bills in the last 12 months. The survey also revealed that 70 per cent of mortgage holders are not able to manage a ten per cent increase in their payments. Half (51 per cent) have $5,000 or less set aside to deal with a financial emergency while one fifth have nothing.

Despite generally having more equity in their homes, many Baby Boomers face the same challenges as Millennial homeowners. Some 41 per cent of Baby Boomers said that home equity accounted for more than 60 per cent of their household wealth and for one in five (21 per cent) it makes up more than 80 per cent.

This indicates Boomers may need to rely on the sale of their primary residence to fund retirement, since much of their household wealth is wrapped up in home equity. However, more than three quarters (77 per cent) of Baby Boomer respondents want to remain in their current homes when they retire.

“Many Boomers approaching retirement share the same lack of financial flexibility as Millennials,” said Lunny. “They want to remain in their current homes, but their home makes up a big part of their net worth. Instead of downsizing, or even selling and renting, homeowners in this situation could consider using a flexible mortgage to access their home equity to supplement their retirement income.”

Helped into the housing market

Almost half (45 per cent) of Millennial homeowners reported that they received a financial gift or loan from their family when purchasing their first home. By comparison, just 37 per cent of Generation X and 31 per cent of Baby Boomers received help from family members when they purchased their first home. Conversely,  almost two in five (39 per cent) Boomers, many of whom are the parents of Millennials, still have mortgage debt.

The generational increase in new homeowners requiring family support comes despite a long-term trend toward two-income households. The number of Canadian families with two employed parents has doubled in the last 40 years, but housing costs are growing faster than incomes2.

“With higher home prices and larger mortgages, it’s more important than ever to find the mortgage that’s right for you,” says Lunny.  “A flexible mortgage that offers the ability to change or skip payments, or even withdraw money if your circumstances change, can help you ride out financial difficulties more easily.”

Manulife Bank recommends that Canadians have access to enough money to cover three to six months of expenses.

Quebec homeowners most at risk

In addition, the Manulife Bank survey found that:

Debt management should begin at an early age

More than two in five (44 per cent) learned “a little” or nothing about debt management from their parents—and were also most likely to have been caught short financially in the past 12 months (28 per cent).

“Kids who learn about money and debt management are more likely to become financially healthy adults,” says Lunny. “One of the best lessons we can teach our children is the importance of saving for a rainy day. Being prepared for unexpected expenses is good for our financial health, good for our mental health and gives us the freedom and confidence to deal with the unexpected expenses and opportunities that come our way.”

About the Manulife Bank of Canada Debt Survey
This survey was conducted online within Canada by Nielsen on behalf of Manulife Bank of Canada from February 1 to 14, 2017, among 2,098 Canadian homeowners aged 20 to 69 with household income of $50,000 or more. The data were weighted by age, province of residence and household income where necessary to bring them in line with their actual proportions in the Canadian homeowner population.

About Manulife Bank
Established in 1993, Manulife Bank was the first federally regulated bank opened by an insurance company in Canada. It is a Schedule l federally chartered bank and a wholly-owned subsidiary of Manulife. As Canada’s first advisor-based bank, it has successfully grown to more than $22 billion in assets and serves clients across Canada.

About Manulife
Manulife Financial Corporation is a leading international financial services group that helps people achieve their dreams and aspirations by putting customers’ needs first and providing the right advice and solutions. We operate as John Hancock in the United States and Manulife elsewhere. We provide financial advice, insurance, as well as wealth and asset management solutions for individuals, groups and institutions. At the end of 2016, we had approximately 35,000 employees, 70,000 agents, and thousands of distribution partners, serving more than 22 million customers. As of March 31, 2017, we had $1 trillion (US$754 billion) in assets under management and administration, and in the previous 12 months we made almost $26.3 billion in payments to our customers. Our principal operations are in Asia, Canada and the United States where we have served customers for more than 100 years. With our global headquarters in Toronto, Canada, we trade as ‘MFC’ on the Toronto, New York, and the Philippine stock exchanges and under ‘945’ in Hong Kong.