Eight tips for small businesses to protect against online fraud 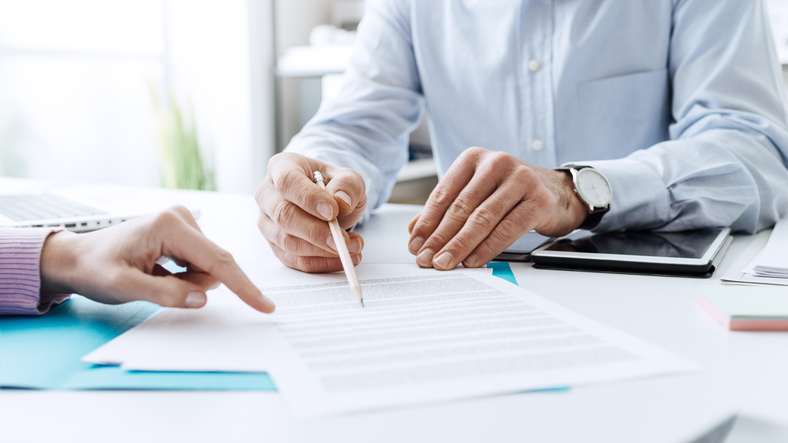 Business people negotiating a contract, they are pointing on a document and discussing together

The increasingly high values at risk in industrial insurance claims are highlighted in a new report from business insurer Allianz Global Corporate & Specialty (AGCS). In its Global Claims Review 2014, AGCS identifies the top causes of loss and emerging trends from over 11,000 major business claims in 148 countries, each of above €100,000 ($136,455), with which it has been involved between 2009 and 2013.

The analysis shows that nearly 70% of financial losses arise from 10 causes of loss, with the largest single identified cause being ship groundings, reflecting the high values of modern shipping risks, followed by fires and aviation crashes.

In 2013, using industry-wide data, the 20 largest losses reported across the insurance industry totalled approximately €5.9 billion ($8.1 billion), excluding those caused by natural catastrophes. Incidents from the oil and gas industry dominate these 2013 major losses, at 40% of the total, while fire and/or explosion was responsible for eight of the top 20 losses or, at approximately €2.9 billion ($4 billion), nearly half of the total loss bill.

So far in 2014, 80% of the major reported losses come from aviation incidents or from fires, particularly in the energy sector with the largest loss – a fire at a Siberian refinery complex in June – reported to be around €586 million ($800 million).

Allianz’s 2009-13 analysis also confirms the high losses seen in the oil and gas sector, which is responsible for the largest insured losses on average at €20.8 million ($28.4 million), over 10 times the average loss of €1.9 million ($2.6 million) reported in this analysis

The growing relevance of business interruption (BI) as a consequence of losses in property insurance, heightened by lean supply chains and globalized manufacturing, is shown with average losses from BI at €997,602 ($1.36 million), 32% higher than those from direct property damage (€755,198 / $ 1,030,505).

AGCS’s Chief Claims Officer, Alexander Mack, commented: “AGCS’s diversified global business gives us unique insights into the sharp end of industrial insurance in terms of current claims experience and future trends – such as the growing importance of business interruption losses. By sharing this analysis, we hope to demonstrate the key role that effective claims service plays in getting businesses back on track when disaster strikes.”

The Global Claims Review 2014 is part of Allianz’s wider Results for the Customer initiative, which goes beyond financial results to analyze the delivery of services and benefits for customers. By sharing insights into claims developments and emerging risks, the Review educates clients on focus areas for their businesses.

Technology, economic growth, climate change, societal change and the fast developing legal and regulatory framework are all affecting risk and making insurance claims more challenging, not least with a shift away from tangible risks like fire damage towards intangible risks like reputational risk and supply chain interruption.

For property casualty insurance and claims, rising natural catastrophe exposures and climate change, the increasing complexity and interconnectivity of risks, especially for business interruption, and the growing importance of cyber threats will be among the most relevant emerging risk trends to watch.

Improvements in airline safety are leading to far fewer catastrophic losses overall, despite 2014’s extraordinary loss activity. However, the cost of aviation claims is rising, driven by the widespread use of new materials and rising aircraft complexity, as well as more demanding regulation and the continuing growth of liability-based litigation.

While aviation crashes are the top causes of loss in the analyzed data in terms of number of claims and value (23%/37%), on-the-ground incidents also account for a significant portion of claims in number and value (18%/15%).

Bird strikes are a notable cause of loss in the analyzed claims, averaging €16.7 million ($22.8 million) every year (2009-13) with a total of 34 incidents (27 to airlines). Annual damages have been estimated at €293 million ($400 million) in the US. Birds are not the only animals that can cause aviation losses, with claims arising from zebras in Africa and cows in Asia and Latin America.

Higher asset values combined with increasingly complex and interrelated risks mean that the cost of energy claims is increasing. The rising cost of business interruption and emerging risks such as cyber threats and new technologies will also make for a more challenging future environment.

Fire is the number one cause of energy losses in the surveyed claims, both by number and value (45%/65%) followed by blow-out (18%/19%). Machinery breakdown, explosion, natural hazards (storm) and contingent business interruption (CBI) are the other main causes of loss identified in the AGCS data.

Liability claims are becoming more international, complex and costly as awareness of compensation and US-style litigation continues to spread.

Although not large in number, personal injury and wrongful death claims resulted in more than 40% of the claims costs analyzed. Claims from product defects are already high in volume, while automotive recall cases are also becoming more frequent.

Rising claims inflation, the growing problem of crew negligence and the high cost of wreck removal have all been contributing to a worrying rise in the cost of marine claims, although frequency of claims (especially from cargo losses) appears to be declining.

The Costa Concordia loss in 2012 drives grounding to the top of the causes of loss list by value in the analyzed claims. However, this cause of loss is relatively infrequent (8%) in the surveyed sample. Crew negligence is often a main driver behind many of the top causes of loss, with it being a potential contributing factor in over 60% of claims over €1 million ($1.4 million).

The cost of large commercial property and engineering claims is rising with the trend towards ever-higher values and risks that are increasingly interconnected and concentrated on areas with exposure to natural hazards. The cost of natural catastrophe claims is likely to rise as economic activity and the value of assets in hazard zones increases.

Property and engineering claims are following the trend set in the oil and gas sector, where major BI claims and high values have been a significant feature for some time. There is now increasing potential for similar size claims in certain manufacturing industries, such as the semiconductor and automotive industries.

Fire is the major cause of property losses in the AGCS data, both by number and value (26%/28%), with machinery breakdown a large driver of claims in terms of the number generated. Earthquake is the top cause of engineering losses by value (65%) while human/operating error number is the most common, generating 30% of losses by number.

Note on methodology: AGCS has analyzed 11,427 claims from 148 countries with a total value of more than €21.5 billion ($29.3 billion), recorded for the accident years 2009-2013, each with a total value after deductible of €100,000 ($136,455) or more, including all its traditional lines of business (excluding Allianz Risk Transfer). All claims figures quoted are 100% (not only AGCS share, but including coinsurers’ shares) and exclude deductible (i.e. they represent the full payment made). While the losses analyzed are not representative of the industry as a whole, they give a strong indication of the major risks which dominate industrial insurance.

Worldwide, AGCS operates in 28 countries with own units and in more than 160 countries through the Allianz Group network and partners. It employs more than 3,500 people and provides insurance solutions to more than half of the Fortune Global 500 companies, writing a total of €5 billion gross premium worldwide annually (2013). AGCS is rated AA by Standard & Poor’s (Nov 2013) and A+ by A.M.Best (July 2014). For more information please visit www.agcs.allianz.com or follow us on Twitter @AGCS_Insurance