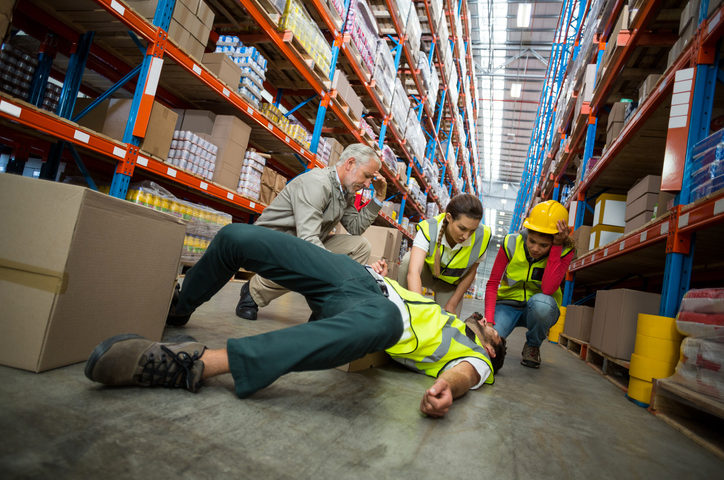 Worker fallen down while carrying cardboard boxes in warehouse

Employers have a human rights obligation to reasonably accommodate injured employees after an accident, the Supreme Court has ruled in a decision that could have significant implications across the country — particularly for migrant and temporary agency workers.

The case was fought by special needs educator Alain Caron after being told by his employer there was no suitable alternative work available after an injury prevented him from returning to his previous role.

As a result, the Quebec compensation board said his rehabilitation would have to take place “elsewhere,” which for the board and Caron’s employer was the extent of their obligation under the law.

But Caron successfully argued to the Supreme Court his employer could find him a job compatible with his elbow injury — and that it had a duty to do so under Quebec human rights legislation that requires employers to reasonably accommodate disabilities.

The court’s decision could have significant implications on injured workers across Canada, setting a higher standard for the lengths employers must go to find a suitable role for injured employees after a workplace accident.

Ontario employers already have a duty under the Ontario Human Rights Code to accommodate injured workers, but Maryth Yachnin, a lawyer with the Industrial Accident Victims’ Group of Ontario, says the ruling will still have an impact.

“We expect that this is going to make a pretty significant difference in the WSIB’s day-to-day approach on return to work,” said Yachnin of Ontario’s Workplace Safety and Insurance Board. “It means they have to require employers to show that they attempted to meet (accommodation) obligations.”

“We’re here to help people return to health and return to work,” she said.

While all Ontario employers have a duty to co-operate with return-to-work efforts, only workplaces with more than 20 employees have an obligation to re-employ workers after an accident. The worker must also have been continuously employed there for at least a year before their injury.

Yachnin said migrant and temp workers were most likely to benefit from a more rigorous application of the duty-to-accommodate principle, because they are often immediately terminated or repatriated after an injury.

“Migrant workers never get the protection because they are never employed for one continuous year. Temp workers, same thing” said Yachnin.

“They’ve got no realistic forum for the defence of their human rights except through WSIB,” she added.

Between 2004 and 2014, more than 780 migrant workers in Ontario were medically repatriated back to their home countries after injuries — nearly all of them against their will, according to a study for the Canadian Medical Association Journal.

Hamilton’s Karl Crevar, who has been an advocate for injured workers since a workplace accident in 1987, served as an intervener in the Caron case.

“There is some movement in Ontario, but it’s far, far short. The challenges are still there,” he told the Star. “The fact is many workers who have permanent impairments are not returning to work.”

A 2015 study conducted by professors at McMaster and Trent universities looking at injured workers with permanent impairments in Ontario found that 46 per cent were living on the poverty line five years after their accident.

The WSIB does have the power to issue penalties to employers who refuse to comply with their obligations to help injured employees get back on the job. The Star requested statistics on how many times that power has been exercised, but has not yet received a response.

In its decision, the Supreme Court said the duty to accommodate did not require employers to make a “new position from scratch for a disabled worker.”

“Rather, it means that when an employer is looking at available positions, the employer is required to consider whether it has any suitable employment as defined by (workers’ compensation legislation), and also what its obligations under the Charter require with respect to flexibility in work standards.”

Crevar said when employers argue that accommodating a worker after an injury will cause “undue hardship,” the burden falls to the worker to appeal the decision — a financially and emotionally draining process.

“If some cases have to go to the Supreme Court to get a final decision, that’s outrageous,” he said.

Are you looking for High Risk Car Insurance? Contact High Risk Auto Pros today and get an instant quote!