Speaking in code: A brief overview of building code in Canada

Pedestrian Found 80% At Fault For Being Struck While Jaywalking 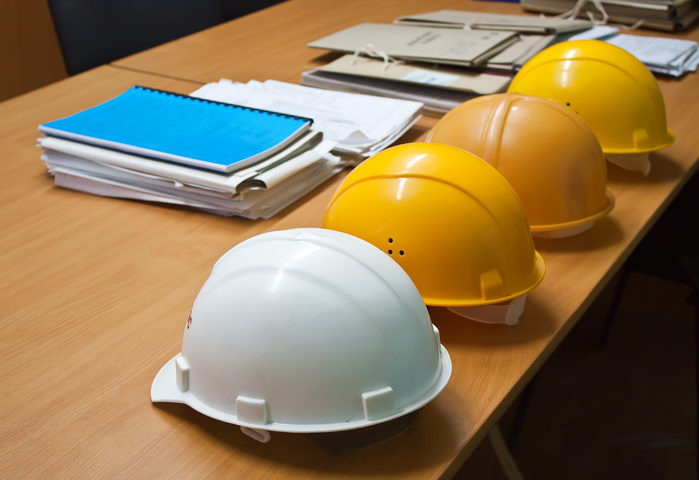 Building a helmet lying on the construction drawings

It is somewhat understandable why most Canadians seem to know virtually nothing about how building codes work in this country. After all, a person might only really be exposed to code-related issues if they were having a new home built or were overseeing a major renovation – and even then, they might not get enough exposure to the code process to learn (or care) much about it.

Yet, it is amazing to me just how many people comment on code issues with great confidence…and (of course) get it mostly wrong. I’ve even read and/or engaged in several online discussions with building industry types who, themselves, often don’t know why they’re talking about. So why should we expect the average Canadian to know more?

An individual recently commented to me that “Homes in Toronto are bricked because the Toronto Building Code requires it due to Hurricane Hazel.”

When I informed the person, an engineer with a PhD, that he was incorrect, he challenged “Then why are most homes in Toronto bricked?” The answer, I replied, is simple: Houses tend to be built with the material that is most common to the area they are built in. Many communities in the Golden Horseshoe, particularly those along the shores of Lake Ontario, have clay soil and, thus, use of clay brick is very common in the region. Indeed, there are significant brick manufacturing operations in such places as Concord, Brampton, Hamilton and Brantford. Where there is no clay (and thus no local brick manufacturing) it is common for builders to bring in lightweight (i.e. cheaper to ship) materials like vinyl siding.

There are two major errors in the engineer’s comment.

First, cities in Canada do not have their own building codes. I hear people comment about the ‘(insert city name) building code’ quite regularly, and it is a falsehood. Only Vancouver has its own building code, due to the namesake charter that gives the city certain powers.

Second, no building code in Canada mandates use of a specific material for cladding. Thus, one is free to use any exterior cladding material they wish, like brick, stone, stucco, shakes, or siding (vinyl, aluminum, cement/fibreboard or wood).

It is funny how such falsehoods grab hold and become ‘fact’ to many.

Development and publication of the Canadian National Building Code (CNBC) is the responsibility of the Canadian Commission on Building and Fire Codes, part of the National Research Council of Canada or NRC (not to be confused with Natural Resources Canada, or NRCan).

The CNBC serves as the code for many federal construction projects. But, perhaps more importantly, it serves as the model code for the provinces and territories.

As explained on NRC’s Website: “ Under Canada’s constitution, provinces and territories regulate the design and construction of new houses and buildings, and the maintenance and operation of fire safety systems in existing buildings. While the national model codes (Building, Fire, Plumbing, Energy Codes) are prepared centrally under the direction of the Canadian Commission on Building and Fire Codes, adoption and enforcement of the Codes are the responsibility of the provincial and territorial authorities having jurisdiction.”

With the first CNBC having been published in 1941, the current code (2015) marks the 14thiteration.

The CNBC (as well as all provincial codes) work on a ‘go forward’ basis, meaning that old codes are grandfathered in (i.e. implementation of a new code does not mean that structures built under old codes have to be retrofitted unless the structure is undergoing a major alteration/renovation or is being re-purposed into something like a hospital, for example).

Of particular note in the CNBC are Parts 3 and 9.

Part 3 Buildings are those classified as Group A, B or F-1, or exceeding 600 m2 in building area or exceeding three storeys in building height and have major occupancies. Part 9 buildings include houses and certain other small buildings that are less than three stories high and 600 m2. Because Part 3 structures are engineered, undergoing considerably more scrutiny than non-engineered Part 9 structures, it is the latter that drive the majority of the code requirements.

The CNBC is modified and re-published approximately every five years, with the next iteration due out sometime in 2020.

British Columbia, Alberta, Ontario and Quebec each publish their own codes that are based on the national model codes (building, fire and plumbing), with modifications and additions.

Prince Edward Island only adopted the NBCC for commercial construction on January 1 of this year with the residential portion of the NBCC (Part 9) to come into effect in 2020. This made PEI the last province in the country to fully adopt NBCC standards. Up to the end of last year, the NBCC was only recognized in Charlottetown, Summerside and Stratford. Buildings in rural areas of the province were not required to meet a building code.

Details on provincial/territory variations can be found here.

Like the CNBC, the four provinces that have their own code machine update their codes approximately every five years and not necessarily in sync with publication of a new national code. The others update their codes in tandem with changes to the CNBC.

Provinces have chosen to make local governments responsible for the implementation of the respective building, fire and plumbing codes and for related inspections. But contrary to what I think is popular belief, municipalities are not legally required to inspect new or renovated buildings that fall under the code. That said, virtually all local governments and local authorities in Canada, it appears, have chosen to inspect. One caveat is that when a municipality decides to inspect, it must do in a consistent manner.

Another important point to make about municipalities and construction is that local governments are largely barred against requiring construction-related measures that go beyond – or supersede – the respective provincial building code. This is what is known in construction industry jargon as ‘code min/max’. This concept doesn’t prevent a builder from building beyond code, but it does prevent a municipality from regulating beyond code.

Canadian building codes, like their counterparts in the U.S. and elsewhere, often get knocked for being nothing more than minimum standards for building construction.

This may be true.

But Canada does have decent building codes and code inspection regimes, which a great degree of homogeneity/standardization across the country.

And, in many ways, this has served Canadians reasonably well.