Most policies don’t include ‘overland flood insurance’ – even if they do, there are limits

Why you need 3 savings accounts 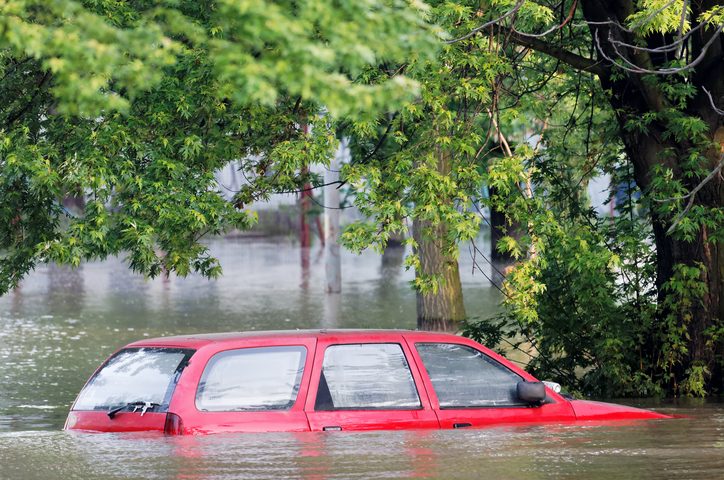 Increasingly severe weather in Canada has made for changes in home insurance that could leave homeowners unprotected if their house is damaged in a flood.

The first thing to know: most home insurance policies don’t include flood insurance at all, explained Pete Karageorgos, director of consumer and industry relations with the Insurance Bureau of Canada.

Since about 2013, when Toronto experienced a record-breaking stormthat flooded hundreds of basements, insurance companies have begun offering overland flood insurance, “typically as an add-on,” said Karageorgos.

In other words, if you didn’t sign up for it, it’s likely you don’t have it.

Karageorgos points to a 2016 flood in Windsor and Tecumseh, Ont., to illustrate how expensive flooding can be for homeowners — and how common it is for people to be caught unaware by their lack of coverage.

“In many cases there weren’t policies that had flood insurance, and those that did, there were usually limits,” he said.

One Windsor resident’s house sustained about $50,000 of damage, but his insurance policy only covered one-fifth of that.

Residents in Windsor and Tecumseh, Ont. were forced to do a major cleanup after a record rainfall in 2016. (Amy Dodge/CBC)

Don’t be fooled by wording, cautions Karageorgos: many policies might list coverage for water damage, but that refers to incidents like burst pipes or overflowing toilets, not severe weather and flooding.

He said homeowners should also be aware that if water is entering the basement by a crack in the foundation, for example, it falls under the category of seepage and could signal a maintenance issue that would also prevent an insurance payout.

The introduction of overland flooding insurance to the Canadian market is having another effect, said Jason Thistlethwaite, director of University of Waterloo’s Climate Change Adaptation Project: Canadians are less likely to qualify for federal government disaster assistance.

Federal legislation, he explained, stipulates that if “insurance is readily and reasonably available,” then you don’t qualify for disaster assistance — even if you never actually purchased the insurance, or didn’t even know it existed.

“That language is interpreted differently by the provinces, but it’s confusing and it’s inconsistent, and it can be taken advantage of in the aftermath of a flood event,” he said.

Thistlethwaite is concerned that few Canadians have been given the opportunity to opt into overland flood insurance and that many are confused about what their policies cover.

A City of Toronto investigation into the next 50 years of weather predicted increasingly intense rainfall, meaning floods like the one in 2013 might become more common. (Frank Gunn/Canadian Press)

His university conducted a survey of 2,300 Canadians about how they perceived flood risk, finding that 70 per cent of respondents had not been approached by their insurance provider about overland flood insurance.

They also found very few homeowners saw themselves as being at risk or knew if they were covered or not, “despite the fact that we know for the next 50 years that flood risk is going to increase.”

There’s a small silver lining though, at least if you live in Ontario — the provincial government is available to provide some disaster assistance.

“What Ontario has said is that their disaster assistance programs will cover costs that are not covered by insurance,” said Thistlethwaite.

But that won’t mean restoring your home to its previous lustre. “This is bare minimum replacement costs,” he said.

“There’s an incredible amount of paperwork, red tape and delays. … It pays to call up your insurance company.”

Problem will get worse, so be prepared

Extreme weather is expected to increase substantially in the next half-century, leading Karageorgos and Thistlethwaite to urge that people review their policies carefully and take steps themselves to protect from flooding.

Short-term actions to mitigate damage include pointing downspouts away from the house foundation, taking valuables out of the basement, and making sure sump pumps are working and that you have a backup in case the power goes out.

Thistlethwaite also recommends a list of large-scale actions including renovating with flood-resistant materials and raising the electrical box or heating materials to the second floor.

If all that sounds expensive, consider the cost of extreme weather in Canada so far.

As a result, he said, insurance premiums have risen as well, which, along with increasingly severe weather, is something Canadians will just have to get used to.