Pets at work may help atmosphere but bring their own risks

Motorist Found Fully At Fault For Crash Despite Being Rear-Ended

Key Legal Issues And Considerations When Preparing To Sell A Business 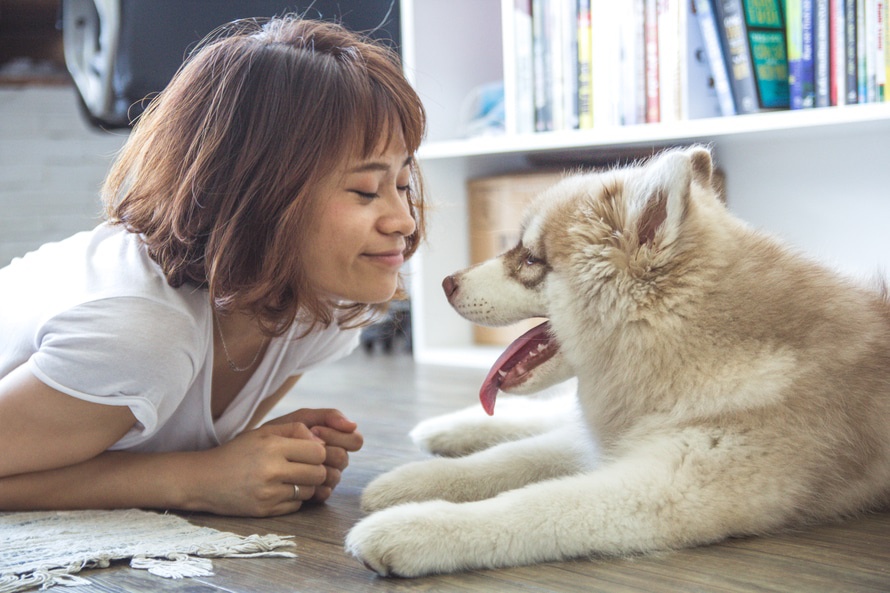 When a conference call turns tedious, Brent Robertson can still count on getting a smile from watching Gus rolling around on the floor.

The golden retriever is a regular visitor to Fathom, Robertson’s management consulting business in West Hartford, Connecticut. So are Pookie and Ari, dogs owned by two of Robertson’s co-workers.

Beyond the old tradition of a used bookstore or antique shop having a resident cat, some urban delicatessens and bodegas have cats to mitigate any rodent problems. And at some smaller professional businesses with a relaxed culture, it’s becoming more acceptable for employees bring in their pets. Robertson is among business owners who think having animals around boosts morale, improves the work atmosphere and raises productivity.

“Everyone seems to smile and immediately become a little bit happier,” says Barbara Goldberg, CEO of O’Connell & Goldberg, a public relations company based in Hollywood, Florida. Her bulldog, Rosie, is a frequent visitor.

A survey by the Society for Human Resources Management found that 7 per cent of organizations allow pets in the workplace, though that may not reflect the practices of very small businesses that don’t have HR officers.

“They’re very intuitive,” Benson says of dogs. “They have the ability to recognize when someone’s stressed out.”

But not everyone, including employees, customers and visitors, thinks animals belong in an office or a store. For as many customers that may be charmed, some people are allergic or afraid _ and might take their business elsewhere. So besides paying attention to permission from landlords and laws about having animals where food is being prepared, people need to consider how to accommodate uncomfortable staffers or clients.

Rodney Alvarez, a human resources executive at Celtra, a video advertising company, says legal issues to consider include making sure the company’s insurance covers any incidents like biting, and keeping animals well-behaved so they won’t frighten visitors. Some owners say when they interview job candidates, they let them know there are pets around.

Staffers at Celtra’s San Francisco office asked to bring in their pooches. Managers decided that was OK at its four offices, but only if every staffer agreed, Alvarez says. One Boston employee said no, and so there are no dogs in that office.

One regular deliveryman to Fathom is petrified of dogs. Since Gus “is a full contact dog,” Robertson says, “we collect the dogs and put them away in a room so (the deliveryman) can do his thing.”

And at Sterling Communications, seven of the 20 staffers want to bring their dogs into the Los Gatos, California-based office. CEO Marianne O’Connor, who has a German shepherd named Kaya, worked out a schedule that allows two dogs each day. Upholstered furniture may be off limits.

“We push them off gently, and they learn, that’s not for them,” O’Connor says.

When visitors arrive, pups may be placed in a closed office with a water bowl and toy.

At Crescent City Books in New Orleans, the majority of customers are glad to see Isabel, a Maine coon mix cat, and some let her curl up on their laps as they sit reading. “Most with any issues just keep their distance,” manager Michael Zell says.

Most often, a business becomes pet-friendly when it’s the owner who brings an animal in. Anne Buchanan adopted a dog about 12 years ago who turned out to be emotionally needy and much happier when Buchanan was around. So she began taking him to work at her eponymous PR firm in Bryn Mawr, Pennsylvania.

As her company grew, staffers asked if they could bring pets in, too. There are generally two dogs in the office, and sometimes as many as four, including Buchanan’s two rescues, Katie and Lacey.

Behavioural issues can crop up, but many owners said they can be dealt with. If Rosie the bulldog at O’Connell & Goldberg starts barking during a phone call, the office manager quickly lures her away from Goldberg’s side. When Buchanan’s dog and a staffer’s couldn’t get along, the boss paid for a trainer to work with both pups and their owners. Peace was restored.

Sterling staffer Rosie Brown recalls when Hazel, a co-worker’s Swedish Vallhund, couldn’t wait for her owner to get out of a meeting and left a present behind Brown’s chair. The next day, Hazel’s owner brought a cake for the office that said, “Sorry I pooped. Love, Hazel.”

“We all laughed it off,” Brown says.

Many people without pets are happy to have co-workers’ animals nearby.

“The dogs just wander around from office to office, say hi to everyone and nobody minds,” says Mike Dunklee, co-owner of Blvd Suites, a corporate housing company based in Oak Park, Michigan. Some staffers without pets keep treats in their desks.

Cats also sometimes make themselves at home in workplaces with dogs. When Brandon Scivolette, president of Elite Moving Labor, goes on vacation, his cat boards at the Tampa, Florida-based company, where there is often at least one dog about.

“A cat is a great thing for an office. It goes from office to office to hang out with people,” Scivolette says.