How to party appropriately at your office’s holiday bash

At risk: Many companies don’t have enough disaster insurance

CIBC’s exposure to mortgage market raises concerns among some analysts 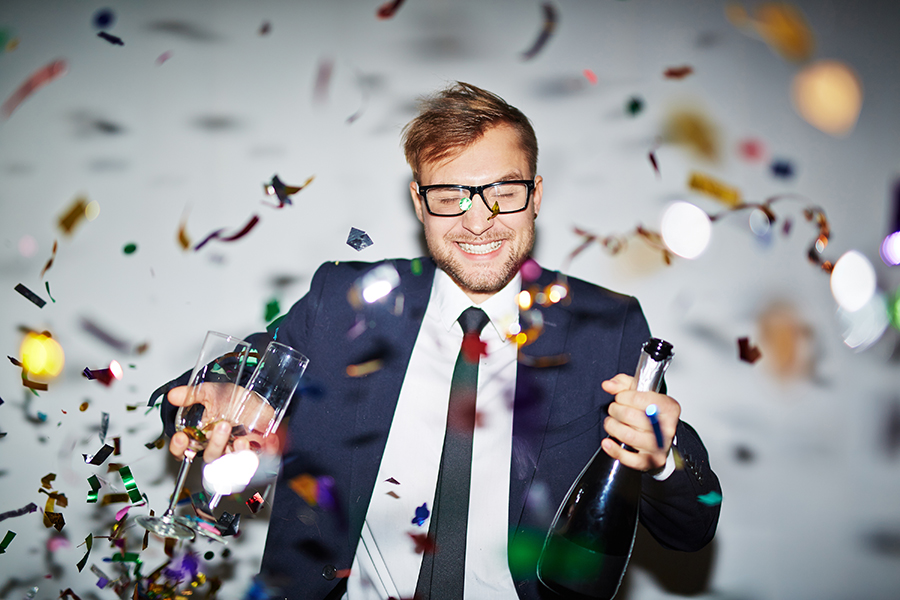 t’s been a long year, and you deserve to relax, let loose and knock back a few celebratory drinks. Just don’t make your office holiday party the place you do it, says etiquette expert Louise Fox, or you could end up like “Suzanne.”

“Ten years ago, Suzanne was nominated to the ‘Hall of Shame’ for her antics at her Bay Street brokerage firm’s celebration party,” Fox says. “Legend has it that alcohol, acrobatics, and some degree of nudity were involved. She hasn’t worked for that company for nine years, but every December, her story resurfaces.”

You may think that Suzanne’s cautionary tale doesn’t apply to you, but the fact remains that people often treat their office holiday party as an opportunity to drink to excess on the company dime.

According to an informal survey conducted in 2015 by NPR, out of 8,400 respondents, one in four admitted to getting regretfully tipsy at the holiday office party, and 80 per cent said they’d seen a colleague embarrass themselves.

“You’d think that not getting drunk would be common sense, but people tend to think an office party is a chance to relax and enjoy a few drinks,” says Kimberly Law, president of Personal Impact International, an image management firm in Vancouver. “But over-drinking can have detrimental effect on the evening. Don’t forget, you have to face those people the next day.”

Before you head out to your office holiday soiree this year, keep these top tips in mind.

Whether it’s your spouse or a friend, make sure your plus-one knows what not to say. “Remind your date that any private conversations you’ve had about your coworkers should stay under wraps,” Law says. Also, let them know what to expect, whether it’s a casual gathering at a local watering hole or a formal event at a restaurant. Conversely, Fox says don’t insist that an unwilling spouse attend. “Their resentful attitude will reflect badly on you.”

With today’s loose dress codes in many offices, you may be tempted to wear what you’d normally wear to work, but Law advises to “step it up a notch.” Avoid wearing jeans or items of clothing that are too casual, like sweatshirts and sneakers. If you’re unclear on the dress code, check the invitation or ask the host.

“Don’t make the mistake of believing that because you are off the premises, your conversations are off the record,” Fox says. Keep the gossip to a minimum and avoid talking shop. Bone up on current events ahead of the party so you have material to strike up a conversation with. She also advises to steer clear of off-colour jokes and general bellyaching about the job.

The holiday office party is no place to make a love connection for the first time. “Avoid slow dances with anyone other than your spouse or partner,” Fox says. It’s fine for a woman to invite a male coworker or boss to the dance floor, but she shouldn’t dance exclusively or too long with him. Despite what everyone’s intentions may be, you’re inviting office gossip.

Be punctual for the party, Law says, especially if there are scheduled elements like a sit-down dinner or a performance. And whether you’re having the time of your life or counting the minutes until you can leave, keep your hosts in mind. It’s rude to leave within 30 minutes of arriving, and inconsiderate to stay long after the last guests have left.

It’s tempting to snap party pics and post them to your social media channels, but the holiday office party is the last place to do that. “It may seem funny after a few drinks to post a silly selfie or a shot of your colleague doing something compromising, but it could have detrimental consequences the next day,” Law says. Plus, people who have access to your social channels and weren’t invited to the party may feel slighted.

Before leaving the party, find the host to thank them in person, it shows you’re appreciative and respectful of the effort they put into the event. And send a thank-you note, Fox says. “It’s just good manners.”