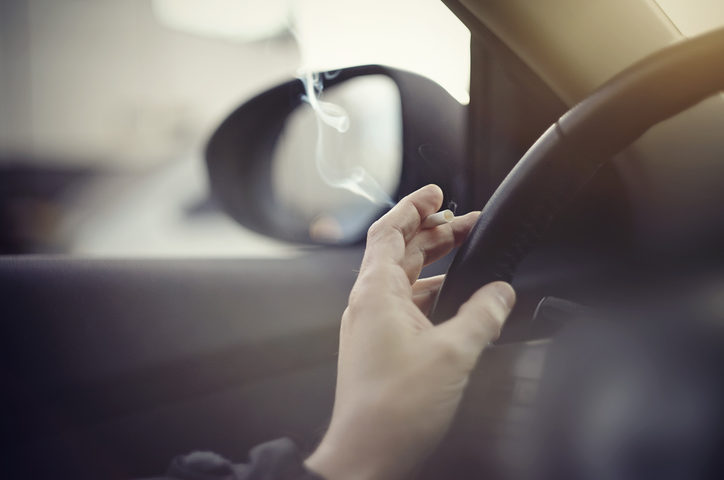 Smoking cigarettes at the wheel while driving a car.

The upcoming legislation to legalize the recreational use of cannabis, together with the arrival of spring and longer days that tempt us to venture out more, has prompted us to make all road users aware of the inaugural National Impaired Driving Prevention Week (M-148), which will be observed during the week of March 18 to 24, 2018.

Having as its theme #ZeroFatalities, this prevention-oriented week is an opportunity to contribute to saving lives, as traffic deaths are not accidents, but avoidable fatalities. The figures are alarming: of all the criminal offences committed in the country, impaired driving is the most common, with over 72,000 cases recorded in 2015 alone. It is also the crime that causes the most deaths in Canada.

It is therefore important to talk to friends, family, acquaintances and colleagues about this problem and take steps to safely plan your automobile outings.

“Each of us is at risk and everyone must contribute to the ultimate goal: zero fatalities on our roads, streets and highways due to impaired driving. This ambitious target is equal to the gravity of the scourge that impaired driving represents for society, as year after year people young and old are being pointlessly slaughtered”, says Nicola Di Iorio, the initiator and spearhead behind National Impaired Driving Prevention Week.

Devoted to the cause of highway safety and the prevention of road accidents, Nicola has been advocating for years to counter the devastating effects of impaired driving. Among other initiatives, he co-founded Cool Taxi, an organization dedicated to getting young people home safely. He also worked tirelessly towards the creation and adoption by the House of Commons of National Impaired Driving Prevention Week. Recognized as one of the best lawyers in his practice area in The Best Lawyers in Canada directory, he is co-head of the employment and labour law group at Langlois lawyers.

With more than 140 professionals working in the Montréal, Quebec City and Lévis metropolitan areas, Langlois lawyers is one of the largest law firms in Quebec. Together we offer a complete range of sophisticated legal services in a variety of areas such as construction law, energy and the environment, life sciences, information and communications technology (ICT), governance and ethics, civil and commercial litigation, labour and employment law, real estate law and business law. Langlois lawyers is ranked second among the top ten Quebec law firms by Canadian Lawyer magazine.

Hey! Are you looking for high risk auto insurance? Get the right car insurance with an instant quote on High Risk Auto Pros.