Emojis in the Workplace: Unprofessional or Acceptable?

At risk: Many companies don’t have enough disaster insurance 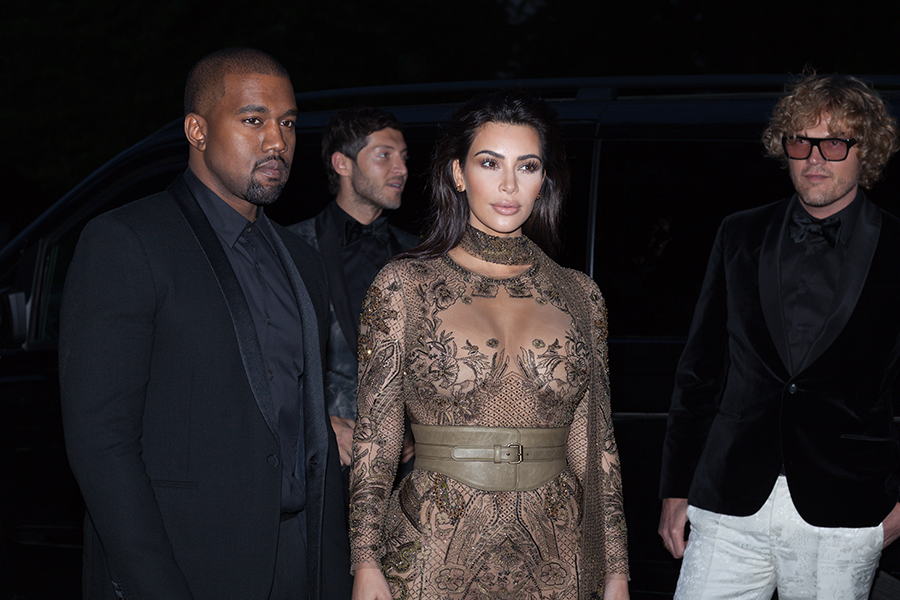 London, England, UK - May, 23, 2016: Kim Kardashian West and Kanye West with fashion designer Peter Dundas and actor Evangelo Bousis in the background. They are arriving as guests at the Vogue 100 Festival Gala held at Kensington Gardens, London. Kim Kardashian is wearing a Roberto Cavalli sheer floor-length embroidered couture gown and a green waist belt. The men are wearing dinner jackets.

1), after a rep for Kanye West confirmed that the remaining 21 dates of his Saint Pablo Tour would be canceled, Billboard estimated it would result in the refunding of more than 300,000 tickets, worth $27.3 million. At the time, however, the big unknown was why West canceled the dates, leaving open the question of whether insurance would cover the costs of shutting down the tour.

Last night, West was placed under observation at a Los Angeles-area hospital, and a source told Billboard he was suffering from exhaustion and sleep deprivation. And while there is little to no further information about West’s condition or the specific reasoning for canceling the tour dates, exhaustion raises several possibilities in terms of West’s potential financial liabilities.

Assuming West had insurance for his Saint Pablo Tour, a standard policy within the music industry would cover an “accident to or illness of any insured person which, in the opinion of an independent medical practitioner approved by the underwriters, entirely prevents any insured person from appearing or continuing to appear in any or all of the insured performances or events.”

Essentially, that would require a third party medical practitioner to determine whether or not West’s exhaustion would physically allow him to continue. But it also would typically come with exclusions: for instance, if the exhaustion was due to drug use, sexually-transmitted diseases, “unreasonable or capricious behavior” — which would include cancellations as a result of excessive partying or similar behavior — and whether there was a pre-existing condition, meaning if the person had a history of exhaustion or a previously-diagnosed and undisclosed illness.

A fairly textbook example of a situation that would be covered by this type of policy is Lady Gaga‘s 2013 Born This Way Ball Tour. With 22 dates to go on the trek, Gaga suffered a labral tear in her right hip that required surgery, forcing her to cancelthe remaining shows on the tour and causing $25 million worth of ticket refunds. Gaga’s injury clearly would have been covered by this type of insurance, including expenses related to shutting down the tour, advertising costs and lost revenues for both the promoter and performer.

Again, however, West’s situation is slightly different, and there is no clear answer.

“[The policy] is often invoked very quickly for specific injury or illness that is diagnosed easily,” says Paul Bassman, president/CEO of Ascend Insurance Brokerage, one of the top insurance firms in the music industry. “Exhaustion would definitely be harder to prove, but I wouldn’t say it’s impossible.”

Live Nation, the promoter for the Saint Pablo Tour, likely has its own policy, which generally differs from an artist’s policy by not carrying exclusions for things like drug use, capricious behavior or other situations, though the independent medical evaluation would still be required. That could leave open a situation where Live Nation would be covered for its own expenses, including its guarantees to West (if they are responsible for paying those guarantees in the event of a cancellation), while if West’s condition was not deemed to be covered by his insurance policy, he may still be on the hook.

For now there is little to do but hope that West is getting the treatment he requires, while any definitive judgment is too early to assess. “We just don’t know enough about why he cancelled,” Bassman adds. “Until more information is available on the specifics of the cancellation, it’s not possible to determine whether this will be covered by insurance or not.”