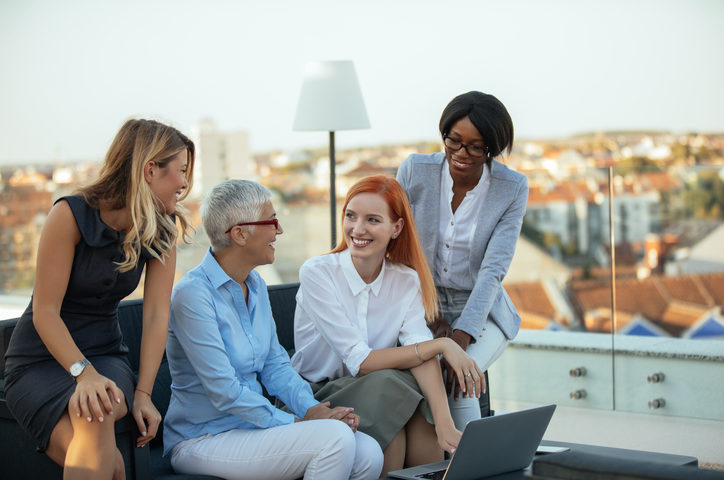 Business women enjoying working on the laptop together outdoors.

Excerpted article was written by Radhika Sanghani | The Telegraph

International Women’s Day is a worldwide event that celebrates women’s achievements – from the political to the social – while calling for gender equality.

It has been observed since the early 1900s and is now recognised each year on March 8. Is is not affiliated with any one group, but brings together governments, women’s organisations, corporations and charities.

The day is marked around the world with arts performances, talks, rallies, networking events, conferences and marches.

But how did it begin – and what are women uniting against this year? Here is everything you need to know about the day.

How did it start?

It’s difficult to say exactly when IWD (as it’s known) began. Its roots can be traced to 1908, when 15,000 women marched through New York City demanding voting rights, better pay and shorter working hours.

A year later, the first National Woman’s Day was observed in the US on February 28,  in accordance with a declaration by the Socialist Party of America.

In 1910, a woman called Clara Zetkin – leader of the ‘women’s office’ for the Social Democratic Party in Germany – tabled the idea of an International Women’s Day. She suggested that every country should celebrate women on one day every year to push for their demands.

A conference of more than 100 women from 17 countries agreed to her suggestion and IWD was formed. In 1911, it was celebrated for the first time in Austria, Denmark, Germany and Switzerland on March 19.

In 1913, it was decided to transfer IWD to March 8, and it has been celebrated on that day ever since. The day was only recognised by the United Nations in 1975, but ever since it has created a theme each year for the celebration.

In 2011, former US President Barack Obama proclaimed March to be ‘Women’s History Month’.

Why do we still celebrate it?

The original aim – to achieve full gender equality for women the world – has still not been realised. A gender pay gap persists across the globe and women are still not present in equal numbers in business or politics. Figures show that globally, women’s education, health and violence towards women is still worse than that of men.

According to the World Economic Forum, the gender gap won’t close until 2186. On IWD, women across the world come together to force the world to recognise these inequalities – while also celebrating the achievements of women who have overcome these barriers.

According to a 2017 report by the World Economic Forum, it could still take another 100 years before the global equality gap between men and women disappears entirely.

In 2017, women effectively worked “for free” for 51 days of the year because of the gender pay gap.

Women are also paid less than half than men at some of Britain’s major companies, according to recent gender pay gap figures.

In 2017,  women’s rights dominated the news, with a global reckoning on sexual misconduct rippling through industries.

Following the outpouring of allegations against Harvey Weinstein and other prominent men in power, the #MeToo movement gave a voice to women on the abuse and harassment they suffer in film, fashion, music, politics and art.

TIME magazine then named the women speaking out against sexual and gender injustice their Person of the Year in December, naming the collective winner ‘The Silence Breakers’.

The vocal, headline-grabbing fight for women’s rights has only increased in 2018, with female actresses donating money and  wearing black at awards ceremonies in support of #TimesUp and BBC journalist Carrie Gracie publicly resigning as China editor over unequal pay.

With gender parity still an apparent 168 years away, many are hoping the trajectory surrounding women’s rights climbs as the year continues.