First pot holes and now this? Car insurance rates on the rise 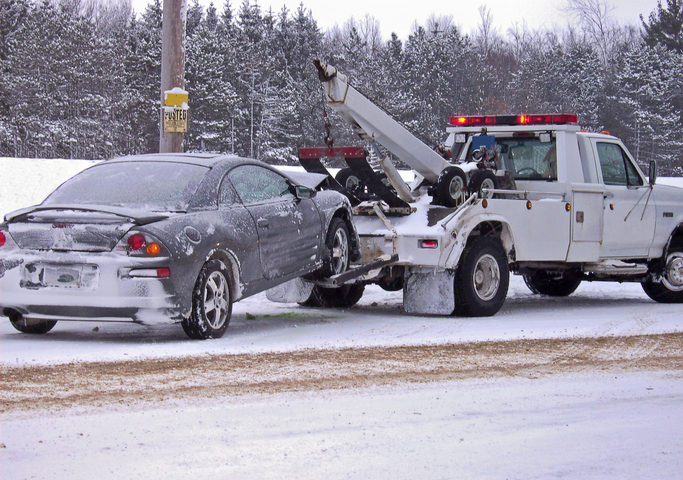 Tow truck hauling a wrecked car away in winter.

Both the Insurance Bureau of Canada (IBC) and local police are calling out Ottawa’s excessively expensive towing services.

The call comes after the Ottawa Police Service received another complaint about a towing company charging overpriced storage fees.

Judy McDougall’s Volvo SUV was struck by another car on February 07. According to her, a towing company called Ottawa United Towing arrived at the scene even before the police and offered to take her vehicle to a body shop the next morning.

She agreed to the offer, but, by the next morning, her SUV was nowhere to be found at the garage. When the vehicle remained unaccounted for the following week, she suspected that something was wrong.

McDougall said that she spent the following days contacting Jason Ishraki, the owner of Ottawa United Towing, both over the phone and via email. She also attempted to reach out to her city councillor and MPP, but to no avail.

In total, she tried to contact Ottawa United Towing 26 times.

“In my mind, at that point, my car was stolen. It was gone,” she told CBC News.

McDougall said that she tried to get the police involved by asking them to investigate it as a stolen vehicle, but police told her that it was not a criminal matter.

Finally, Ottawa United Towing got back to McDougall more than a week after the crash, informing her that she must pay a $2,900 storage fee for her SUV which was left in the towing company’s care. The SUV was then brought to an autobody shop on February 22.

“What they do … should be treated as criminal,” McDougall, a mechanical engineer, said.

Sgt. Chris Montague of the Ottawa Police Service said that there is little protection for Ottawa motorists from unreasonably high storage fees. He also believes stricter rules, licensing, and fixed towing rates forced towing operators to move from the GTA to Ottawa, where towing companies do not need to be licensed.

“It’s the wild west out there … it’s just a free-for-all,” Montague remarked.

IBC spokesperson Pete Karageorgos said that the root of the problem lies in the lack of regulation at municipal level, as well as the lack of enforcement of provincial towing laws.

Citing data from 2012, Karageorgos said that insurance fraud of all kinds – including fraud due to inflated towing service fees – added about $236 to each policy in Ontario.

“Insurance companies have the added costs of trying to fight what seem to be — in some cases — illegitimate and illegal charges through the courts,” he explained.