How to motivate your team

6 tips to keep your Facebook clean, secure and private

Use These 5 Steps to Design Your Perfect Week 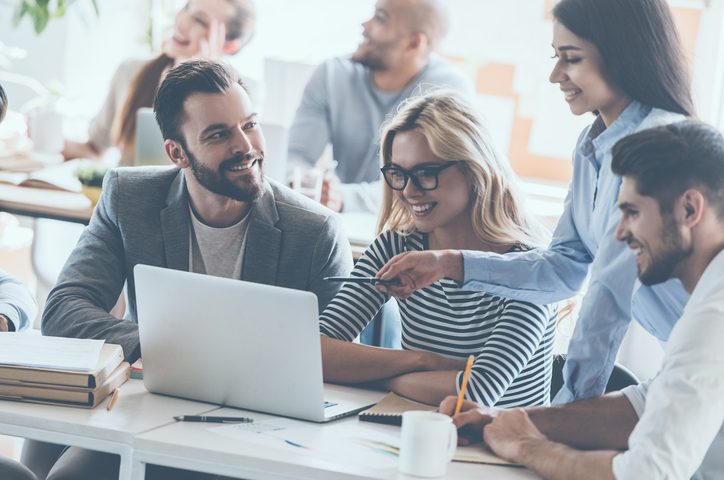 What do you think motivates your people to come to work each morning?

These assumptions about your team members can have a significant influence on how you manage them.

In the 1960s, social psychologist Douglas McGregor developed two contrasting theories that explained how managers’ beliefs about what motivates their people can affect their management style. He labelled these Theory X and Theory Y. These theories continue to be important even today.

This article will explore McGregor’s theory further, and we’ll look at how it applies in the workplace.

Theory X and Theory Y were first explained by McGregor in his book, ‘The Human Side of Enterprise,’ and they refer to two styles of management – authoritarian (Theory X) and participative (Theory Y).

If you believe that your team members dislike their work and have little motivation, then, according to McGregor, you’ll likely use an authoritarian style of management. This approach is very “hands-on” and usually involves micromanaging people’s work to ensure that it gets done properly. McGregor called this Theory X.

On the other hand, if you believe that your people take pride in their work and see it as a challenge

, then you’ll more likely adopt a participative management style. Managers who use this approach trust their people to take ownership of their work and do it effectively by themselves. McGregor called this Theory Y.

The approach that you take will have a significant impact on your ability to motivate your team members. So, it’s important to understand how your perceptions of what motivates them can shape your management style.

We’ll now take a more in-depth look at the two different theories, and discover how and when they can be useful in the workplace.

Theory X managers tend to take a pessimistic view of their people, and assume that they are naturally unmotivated and dislike work. As a result, they think that team members need to be prompted, rewarded

or punished constantly to make sure that they complete their tasks.

Work in organizations that are managed like this can be repetitive, and people are often motivated with a “carrot and stick” approach. Performance appraisals

are usually based on tangible results, such as sales figures or product output, and are used to control staff and “keep tabs” on them.

This style of management assumes that workers:

According to McGregor, organizations with a Theory X approach tend to have several tiers of managers and supervisors to oversee and direct workers. Authority is rarely delegated, and control remains firmly centralized. Managers are more authoritarian and actively intervene to get things done.

Although Theory X management has largely fallen out of fashion in recent times, big organizations may find that adopting it is unavoidable due to the sheer number of people that they employ and the tight deadlines that they have to meet.

Theory Y managers have an optimistic, positive opinion of their people, and they use a decentralized, participative management style. This encourages a more collaborative

relationship between managers and their team members.

People have greater responsibility, and managers encourage them to develop their skills and suggest improvements. Appraisals are regular but, unlike in Theory X organizations, they are used to encourage open communication rather than control staff.

This style of management assumes that workers are:

Theory Y has become more popular among organizations. This reflects workers’ increasing desire for more meaningful careers that provide them with more than just money.

It’s also viewed by McGregor as superior to Theory X, which, he says, reduces workers to “cogs in a machine,” and likely demotivates people in the long term.

Theory X and Theory Y in the Workplace

Most managers will likely use a mixture of Theory X and Theory Y. You may, however, find that you naturally favor one over the other. You might, for instance, have a tendency to micromanage

or, conversely, you may prefer to take a more hands-off approach.

Although both styles of management can motivate people, the success of each will largely depend on your team’s needs and wants and your organizational objectives.

You may use a Theory X style of management for new starters who will likely need a lot of guidance, or in a situation that requires you to take control such as a crisis.

But you wouldn’t use it when managing a team of experts, who are used to working under their own initiative, and need little direction. If you did, it would likely have a demotivating effect and may even damage your relationship with them.

However, both theories have their challenges. The restrictive nature of Theory X, for instance, could cause people to become demotivated and non-cooperative if your approach is too strict. This may lead to high staff turnover and could damage your reputation in the long term.

Conversely, if you adopt a Theory Y approach that gives people too much freedom, it may allow them to stray from their key objectives or lose focus. Less-motivated individuals may also take advantage of this more relaxed working environment by shirking their work.

If this happens, you may need to take back some control to ensure that everyone meets their team and organizational goals.

Circumstance can also affect your management style. Theory X, for instance, is generally more prevalent in larger organizations, or in teams where work can be repetitive and target-driven.

In these cases, people are unlikely to find reward or fulfillment in their work, so a “carrot and stick” approach will tend to be more successful in motivating them than a Theory Y approach.

In contrast, Theory Y tends to be favored by organizations that have a flatter structure, and where people at the lower levels are involved in decision making and have some responsibility.