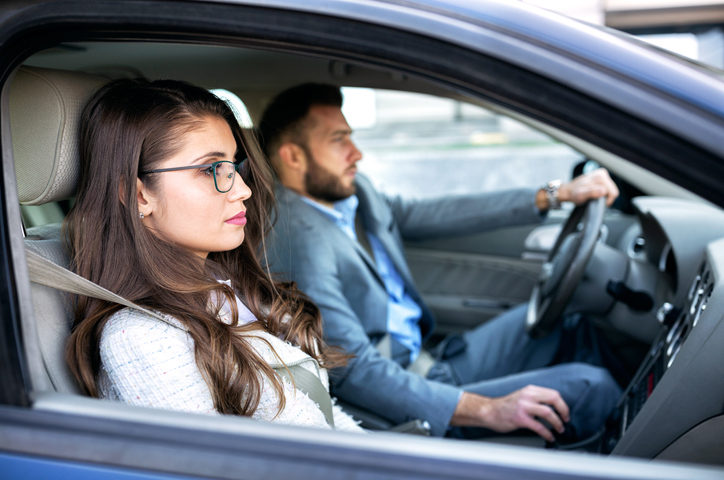 Our current system of trying to change driver behaviour largely consists of traffic tickets, vehicle impoundment and driver’s licence suspensions. They all rely on traffic policing to find and deal with those who don’t follow the rules. How efficient is that?

When I worked on South Okanagan Highway Patrol, we were responsible for Highway 3 from the Manning Park works yard to the Rock Creek Canyon Bridge, Highway 5A from Princeton to the Okanagan Connector, Highway 3A from Keremeos to Kaleden and Highway 97 from the border at Osoyoos to Peachland. A typical dayshift consisted of 3 constables when we were all working.

What were a misbehaving driver’s chances of being caught? Not that great.

ICBC has run one trial with driver telematics and are in the process of running a second. The first consisted of volunteers from their Customer Advisory Panel and the current one will be conducted with volunteers who are in the Graduated Licensing Program (GLP).

One result of the first trial was announced by ICBC’s CEO:

“From our first telematics pilot earlier this year, ICBC has developed a telematics strategy to identify how the technology can be used to improve road safety and drive behavioural change among higher-risk drivers in B.C.,” said Nicolas Jimenez, ICBC’s president and CEO. “We heard from those pilot participants that most believed the use of telematics would make the roads safer for everyone. This is our next step in a thoughtful examination of telematics technology and how it might help to keep these drivers safer.”

Currently, there is one form of electronic monitoring in effect for drivers who have shown that they pose a significant risk to themselves and other road users. Drivers who have received alcohol-related driving prohibitions require an ignition interlock to prove that they are sober enough to drive.

RoadSafetyBC says that the interlock program evaluations have consistently found up to a 90% reduction in repeat drinking and driving while the device is installed.

One of the more common issues on our highways is drivers who drive at excessive speeds, that is more than 40 km/h above the posted speed limit. If they are found and dealt with by the police, a heavy fine and a vehicle impound is imposed. A GLP driver will also be subject to a driving prohibition.

Speed limit adherence is a relatively simple function for electronic monitoring. GPS provides both location and speed and the speed can be confirmed by the vehicle’s own data network. There are apps available right now that will allow you to monitor your ability to drive at or below the posted speed limit.

Perhaps the requirement for a year of speed monitoring following an excessive speeding incident would result in a 90% reduction in speeding by that driver.

In addition to speed, telematics can monitor hard braking and acceleration as well as abrupt steering. Consistently recorded, these behaviours are indicators of high risk driving practices.

Would electronic monitoring also result in a 90% reduction in high risk driving behaviour while a driver is on probation?

How long will it be before ICBC uses telematics to set insurance rates? It’s probably not that far in the future.

Consistent safe driving will already save you up to 25% on the cost of optional insurance with Belairdirect here in B.C. All that you need to do is use their Automerit app to show that you deserve the rate reduction.

Whether you choose to use electronic monitoring of your driving for personal benefit or have it imposed on you by the government when you show that you don’t play well with others we could all be safer because of it.

DriveSmartBC: Where better than average drivers satisfy their curiosity.