4 steps to pet-proof your holiday tree this season 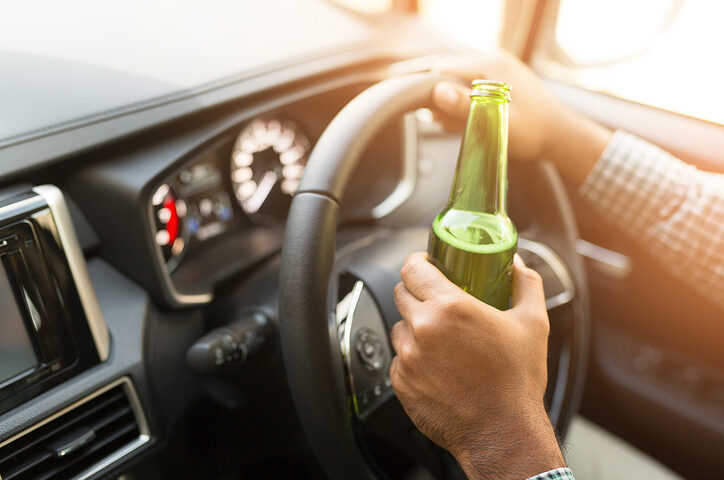 The hand image of a man driving a car, honking, drinking coffee and using a phone

I wrote this article back in 2004. Since then the B.C. government has enacted the Immediate Roadside Prohibition (IRP) program, reducing the blood alcohol concentration (BAC) threshold for sanctions from 80 mg% to 50 mg%. In addition, the federal government implemented mandatory alcohol screening for any driver in December 2018.

The IRP is much easier for police to administer and I suspect that caused a significant drop in the number of criminal code impaired driving charges.

There have been 7,405 IRPs issued in B.C. between January and July, 2020 and ICBC reports that impaired driving is a factor in between 20 and 25% of collisions.

In 2004 I observed that using alcohol helps drivers make poor decisions. Of course, the decision of importance to us all is “do I drive, or have I had too much?” This is a decision that should be simple, if you drink don’t drive, and the law should reinforce that.

The Graduated Licensing Program (GLP) for new drivers requires exactly that, a zero BAC. If you drive after consuming any alcohol, you will be prohibited from driving for 12 hours if caught. Should your BAC be over 50 mg% you will be treated like all other drivers and once this information reaches the Superintendent of Motor Vehicles, GLP drivers can expect to receive another prohibition.

It is past time to extend the GLP rules to all drivers. This will help eliminate the possibility of a bad decision because it would now be “I had a drink, I can’t drive” instead of “do I drive, or have I had too much?”

Perhaps there should be a traffic ticket, complete with penalty points, for driving with a measurable BAC before the 50 mg% threshold is reached. Currently a non-GLP driver faces no sanction at all until their BAC reaches 50 mg%.

Is a driver traveling at 20 km/h over the speed limit a greater risk than a driver with a BAC of 40 mg%? The University of Michigan Health suggests that having a 20 mg% BAC will result in a decline in visual function, the inability to perform two tasks at the same time, a loss of judgment and altered mood.

The speeder gets a ticket and the 40 mg% driver goes free today unless their impairment causes them to violate a driving rule. In that case, they would be ticketed for the rule violation.

Ignition interlock devices could be mandatory equipment for new vehicles and some countries are currently considering requiring auto makers to do this. An Australian cost-benefit analysis found the following:

Overall, it was concluded that due to the investigated interlock’s user friendliness and relative affordability in comparison to other interlocks, the device should be considered as a countermeasure for curbing the drink driving problem in Australia.

If you are concerned about impaired driving, please support your local anti drinking and driving public interest group such as Mothers Against Drunk Driving. Together we can make a difference!

Cst. Tim Schewe (Ret.) runs DriveSmartBC, a community web site about traffic safety in British Columbia. For 25 years he was an officer with the Royal Canadian Mounted Police, including five years on general duty, 20 in traffic and 10 as a collision analyst responsible for conducting technical investigations of collisions. He retired from policing in 2006 but continues to be active in traffic safety through the DriveSmartBC web site, teaching seminars and contributing content to newspapers and web sites.