What’s love got to do with money? 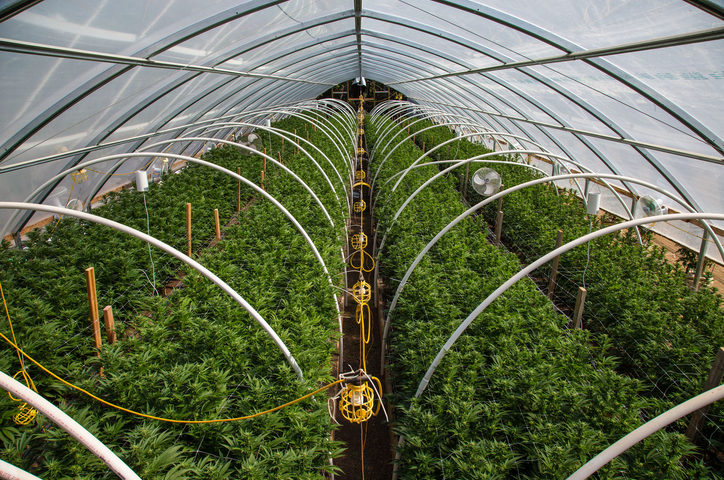 Big Sur coastal sunset taken from Hwy 1 through the fog.

“Sun Life’s approach reflects current evidence-based clinical knowledge regarding the medical use of cannabis,” Sun Life said in a release on Thursday.

“As this has become something our clients—being the individual companies known as plan sponsors—have been asking us about more and more, we have moved from the stage of evaluate and review, to now offering it as a benefit for medicinal purposes,” Dave Jones, senior vice-president of group benefits at Sun Life, told the Globe and Mail.

The yearly maximums for those who will be covered through Sun Life for medical cannabis range from $1,500 to $6,000 per person per year. Medical cannabis will be an optional coverage through Sun Life, which insures more than 22,000 companies in Canada. Sun Life currently lists the following conditions and symptoms as being eligible for coverage: cancer, multiple sclerosis (MS), rheumatoid arthritis, HIV/AIDS, and for patients in palliative care. There will be a prior approval process for those seeking coverage.

“I own and operate a dispensary—the only reason I can afford my medicine is because of this,” Loizos said.

Loizos said going through the current legal system rather than the grey area his dispensary operates in isn’t an option to for him right now because what’s offered would fall short of his needs and wouldn’t keep him out of the hospital.

Loizos said Sun Life’s coverage would likely cover only about a gram per day.

However, Craig Jones, the executive director of NORML Canada, said that he’s hopeful the cost of cannabis will go down after Canada’s cannabis legalization and regulation are put into action this year. NORML Canada is a non-profit that “aims to eliminate all civil and criminal penalties” for private cannabis use.

“It’s likely that the cost of cannabis will decline and—once people figure out which strains work best for which conditions—they’ll have no problem accessing through government vendors or from friends,” Jones told VICE via email.

Jones said it’s essential that more good-quality research is conducted on cannabis. He said that doctors are slow to pick up on new therapies such as cannabis—in part due to its stigmatization, but also because there needs to be more quality research and the results of such in the public domain.

“NORML Canada has long held that the full potential of cannabis is yet to be discovered—and with legalization and the end of bureaucratic obstacles, we may be on the verge of a whole new research era,” Jones said.

“I expect that insurers will expand availability as we learn more about what cannabis therapies work for which groups and conditions,” Jones told VICE. “We are at early days. Expect the unexpected.”

For Loizos, medical cannabis has greatly improved his life. Proper dosage level has meant that he has greatly reduced his number of hospital visits for MS-related issues, including being able to avoid potentially dangerous therapies such as those including large amounts of IV steroids.

A next step forward, Loizos said, is for provinces’ disability support programs (such as Ontario’s ODSP) to cover costs—not just a gram per day, but whatever amount a doctor prescribes—of medicinal cannabis.

“Sun Life taking this first step is gigantic,” Loizos said. “Even if it’s a gram a day or whatever, it’s not a joke, it’s showing that a major staple in our medical community has accepted cannabis as medicine and is allowing coverage. That’s very positive.”