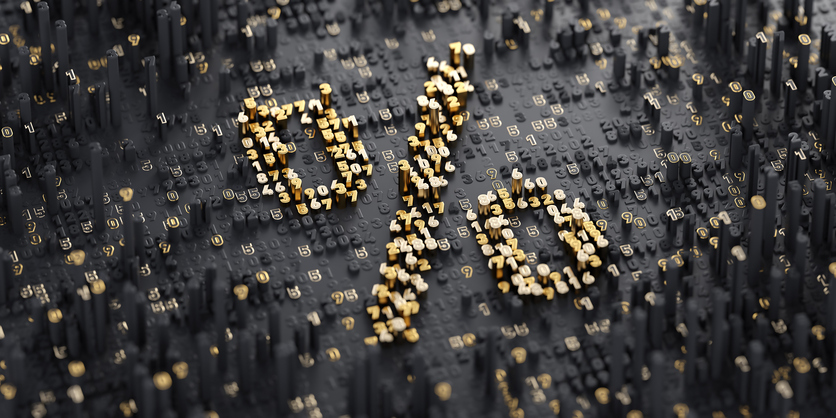 3D rendering. Symbol made of digits.

MONTREAL _ Some Canadian companies that earn a high share of their revenues in the United States stand to save big from a large reduction in the corporate tax rate, say industry experts.

New Flyer (TSX:NFI) and Boyd Group Income Fund (TSX:BYD.UN), which earn more than 80 per cent of their sales south of the border, will be among those that are most impacted, an AltaCorp Capital report said Tuesday.

Analyst Chris Murray said that among engineering and construction firms, Stantec (TSX:STN) and WSP Global (TSX:WSP) will be “favourably impacted” from the tax changes and planned American infrastructure spending.

“We would expect that the introduction of new tax rules could serve as a catalyst for accelerated acquisition activity as a number of sellers see a window in which to divest their business to take advantage of the changes, benefiting the growth via acquisition strategies,” he wrote in a report.

Tax changes approved by the Republican-led Congress and signed by President Donald Trump before Christmas cut the corporate income tax rate to 21 per cent effective Monday, from 35 per cent.

Molson Coors, headquartered in Denver and Montreal, declined to provide details about how the tax changes will affect the brewery ahead of its quarterly results Feb. 14. However, 70 per cent of the beverage company’s revenues come from south of the border, said spokesman Colin Wheeler.

Brittany Weissman of Edward Jones expects Molson Coors will gain despite losing some of the cash tax benefit it has had from its multibillion-dollar acquisition of Miller Coors.

“Directionally it should be a net net benefit … but how much it is too soon to say,” she said in an interview.

Weissman also believes dairy processor Saputo Inc. (TSX:SAP) stands to gain because almost half of its business is located in the United States.

However, she said Montreal-based clothing manufacturer Gildan (TSX:GIL) is already subject to a very low tax rate because it is domiciled in Barbados.

“We are assessing the impact of the bill and its potential impact to the company in both the near-term and long-term,” Valeant spokeswoman Lainie Keller wrote in an email.

In a report before the tax changes were approved, RBC Capital Markets said large tax reductions could lead to a significant shift in winners and losers.

“We think it could have a profound and positive impact on TSX performance, given its cyclical tilt,” Matthew Barasch wrote Sept. 26.

However, he warned that clouding the outlook is the fact that most Canadian and U.S. companies operating south of the border actually pay a lower effective tax rate than statutory corporate tax rate.

PricewaterhouseCoopers says the implications of the tax law on Canadian-owned businesses can be significant.

“The various provisions may be beneficial or detrimental. Thus, it is important to give careful consideration to the specific implications for your operations so that value is preserved when possible,” it wrote to clients after the bill was passed.

Barasch said some Canadian sectors such as oil and gas producers, telecommunications, grocers and Canadian retailers like Dollarama won’t be impacted, while some Canadian banks and insurance companies will get some earnings growth.

Most real estate companies would not be directly impacted because of their REIT structures, but non REITs such as FirstService Corp. and Colliers International Group Inc. (TSX:CIGI), with large U.S. footprints stand to benefit materially.

He said it’s difficult to quantify the impact for convenience store operator Alimentation Couche-Tard (TSX:ATD.B), even though it gets nearly 70 per cent of its revenues from the U.S.