Equifax cyber breach exposes data of up to 143 million people 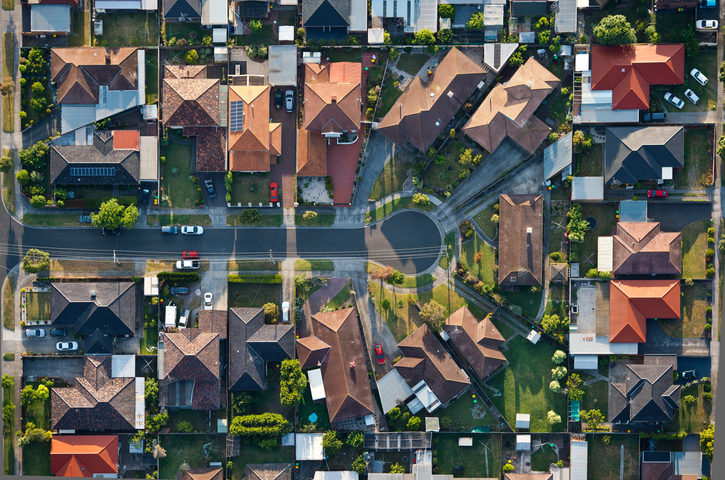 fFying over the suburbs of Melbourne Australia

Much has been made over the past decade of Canada’s rising household debt, which is now at levels similar to those in the United States prior to the 2008-09 Financial Crisis.

With housing prices in Toronto up more than 30% over the past 12 months, and Vancouver prices having been inflated for several years, many are wondering: now that the Bank of Canada has raised interest rates twice in the last three months, will it be enough to topple the Canadian housing market?

There are five very important reasons why investors should not expect a housing correction in the Canadian market to be of nearly the same magnitude as the one experienced in the United States 10 years ago.

In the U.S., federal policy actively encourages home ownership, whereas in Canada, policies are designed to encourage access to housing, but they do not explicitly favour home ownership over renting or leasing a property.

It seems then only natural to suggest that creating incentives for home ownership (like, for example, allowing mortgage interest to be tax deductible in the U.S.) would be more likely to create an environment ripe for a housing bubble.

In the U.S., Fannie Mae and Freddie Mac are responsible for providing guarantees on mortgage-backed securities and providing overall stability to the housing system.

At the time of the Financial Crisis, Fannie Mae and Freddie Mac were privately owned, with the “implicit” backing of the Federal government. Yet, when push came to shove, investors learned the hard way the difference between an implicit guarantee and direct backing.

By comparison, the Canadian equivalent responsible for providing insurance and stability, is the Canada Mortgage and Housing Corporation (CMHC) — a Crown corporation directly owned by the Canadian Federal government.

In Canada, mortgages are typically “full-recourse” loans, meaning the borrower continues to be responsible for repaying the loan in the event of a foreclosure, which effectively incentivizes the borrower to do everything in their power to avoid foreclosing and losing the property.

Meanwhile, many U.S. states employ “non-recourse” mortgages, which, in the event of a foreclosure, allow the borrower to walk away from their homes, leaving the lender with no-recourse besides taking over ownership of the property.

It’s easy to see how non-recourse mortgages can exacerbate the problem of homeowners defaulting on their payments.

Canadian legislation prohibits lenders from issuing mortgages without loan insurance if the loan is greater than 80% of the value of the property.

Insurance which is purchased from the CMHC covers the entire amount of the loan for the entire life of the mortgage.

In the U.S., it is a little different; while many lenders will require insurance, they are not legally obligated to do so.

Moreover, in the U.S., loan insurance is “partial,” often covering 20-30% of the loan amount and is cancelled as soon as the value of the loan falls below 78% of the purchase price.

Reason #5: The relative absence of a subprime market in Canada

Sub-prime mortgages are made to riskier borrowers, such as those with a weaker credit history or less stable income.

In the U.S., before the housing crisis, the sub-prime mortgage market peaked at 23.5% of all mortgage originations.

Regardless of how you look at it, rising interest rates are not a good omen for the future of Canada’s housing market. And while delinquencies today are well below historical averages, that may actually be confirming evidence that a bubble is present.

Current and prospective homeowners should approach the market with caution. Those warning that the “sky is falling” and that the environment is similar to the situation in the U.S. 10 years ago, ought to think a bit more Foolishly.